An astrophysicist, originally from Northern Ireland, Jocelyn Bell Burnell almost got the Nobel Prize in 1974 for her discovery of radio pulsars, but her lab supervisor Antony Hewish received it instead.

But now, in recognition of that discovery, she is being awarded the Special Breakthrough Prize in Fundamental Physics for $3 million dollars. It is the largest award in the Astrophysics field.

She will donate the money to the Institute of Physics which will reportedly help fund women, ethnic minorities and refugees to become physics researchers. She told BBC News that “I don’t want or need the money myself and it seemed to me that this was perhaps the best use I could put to it.”

Professor Bell Burnell discovered the quasars in 1967 as she was working at the Cambridge University lab or Antony Hewish. She had constructed a radio telescope for observing objects known as quasars. These objects emitted strange radio waves which kept disappearing. This cosmic phenomena was not understood and her supervisor Hewish dismissed it as evidence that quasars were simply remnants of human radio waves. However Bell Burnell persisted and finally made it clear that these were not human radio waves and were a previously unknown phenomena. They were named pulsars. This discovery led to further progress in understanding our galaxy. The Breakthrough Prize describes the significance of her discovery:

“The study of pulsars has led to some of the most stringent tests of the General Theory of Relativity and the first observational evidence for gravitational waves. In one of the most exciting recent astronomical events, the coalescence of two neutron stars was observed in gravitational waves by LIGO, and in a wide spectrum of electromagnetic waves by a host of other observatories. Such coalescences—called hypernovae—are one of the primary sources of heavy elements, like gold, that are so much a part of our daily lives.”

“As they rapidly rotate, pulsars emit radio waves, visible light, X-rays or gamma rays like a lighthouse beam sweeping the sky. It was this kind of radio emission that Bell Burnell detected. The regularity of these pulses make pulsars extraordinarily accurate natural clocks—precise to one part in a thousand trillion—meaning a pulsar that is active today has slowed down by only about a second since the age of dinosaurs. Because of these properties, pulsars have helped astrophysicists map our galaxy and the visible universe.” 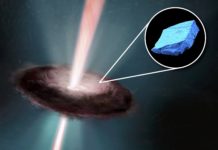 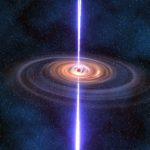 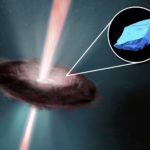 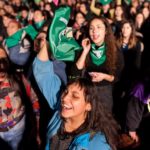